Elizabeth has been asking me for quite some time to make her a sleeping bag for her dolls. When Toby was younger and used one, Elizabeth would steal it at every available opportunity and put a teddy in it so they could sleep. Now that Zachary uses one, she has started doing this again. When I told her that it wasn't for playing with, she asked me to make one.

So using scrap fabric, I set to work. I've made this up as I've gone along so it does look a bit odd but it works so I'm not complaining. Neither is Elizabeth :) I did use this opportunity to 'play' a little. I used bias binding around the arms and neck, just to try something and practice my curves. I'm also adding poppers to the shoulders and side to make it easier to get the dolls in and out, but also to practice adding them on to fabric. I've not done it before, so again it's a good opportunity for me.  As you can see, I haven't yet finished the edges or put poppers on so it's still a work in progress. 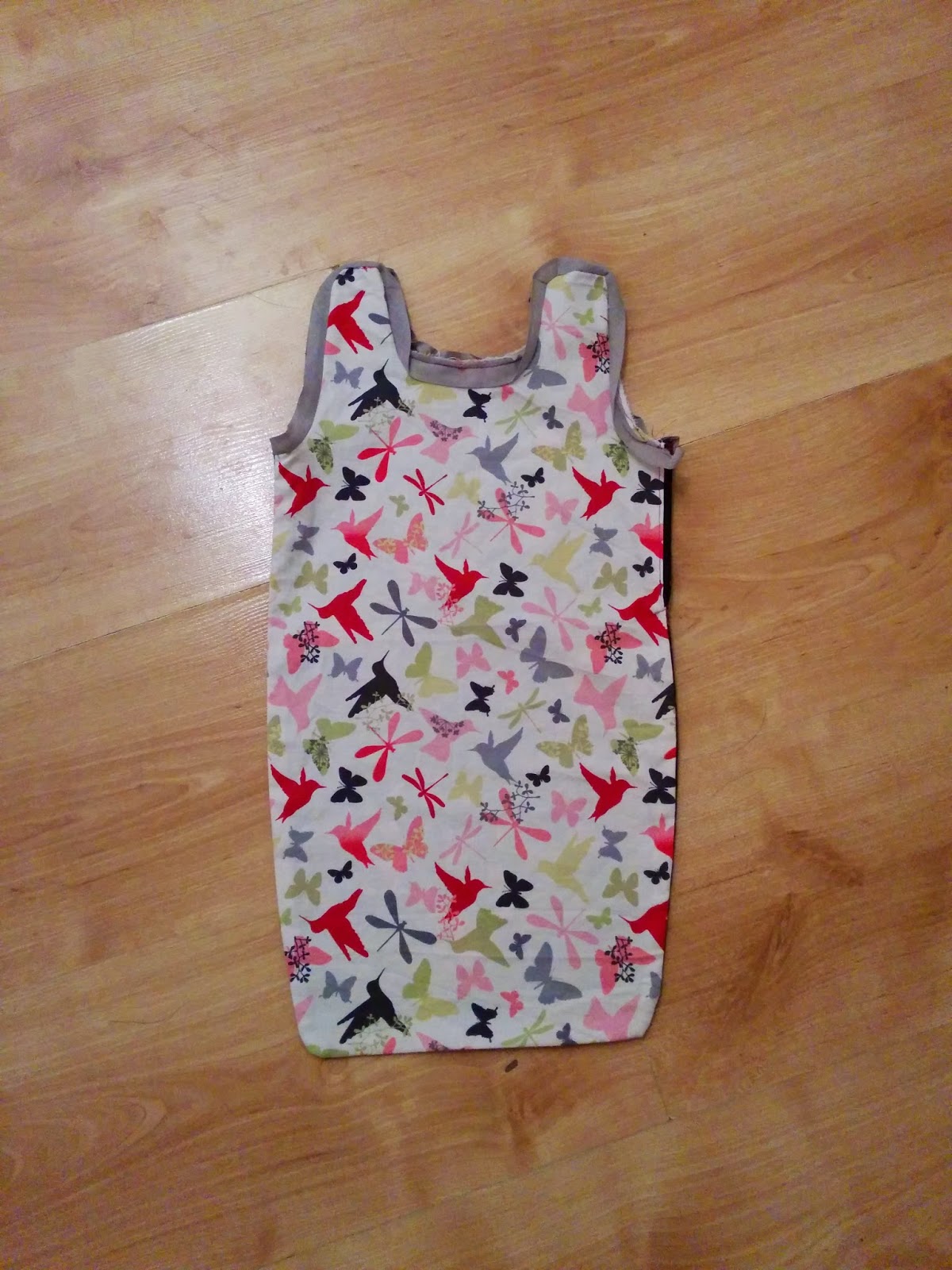 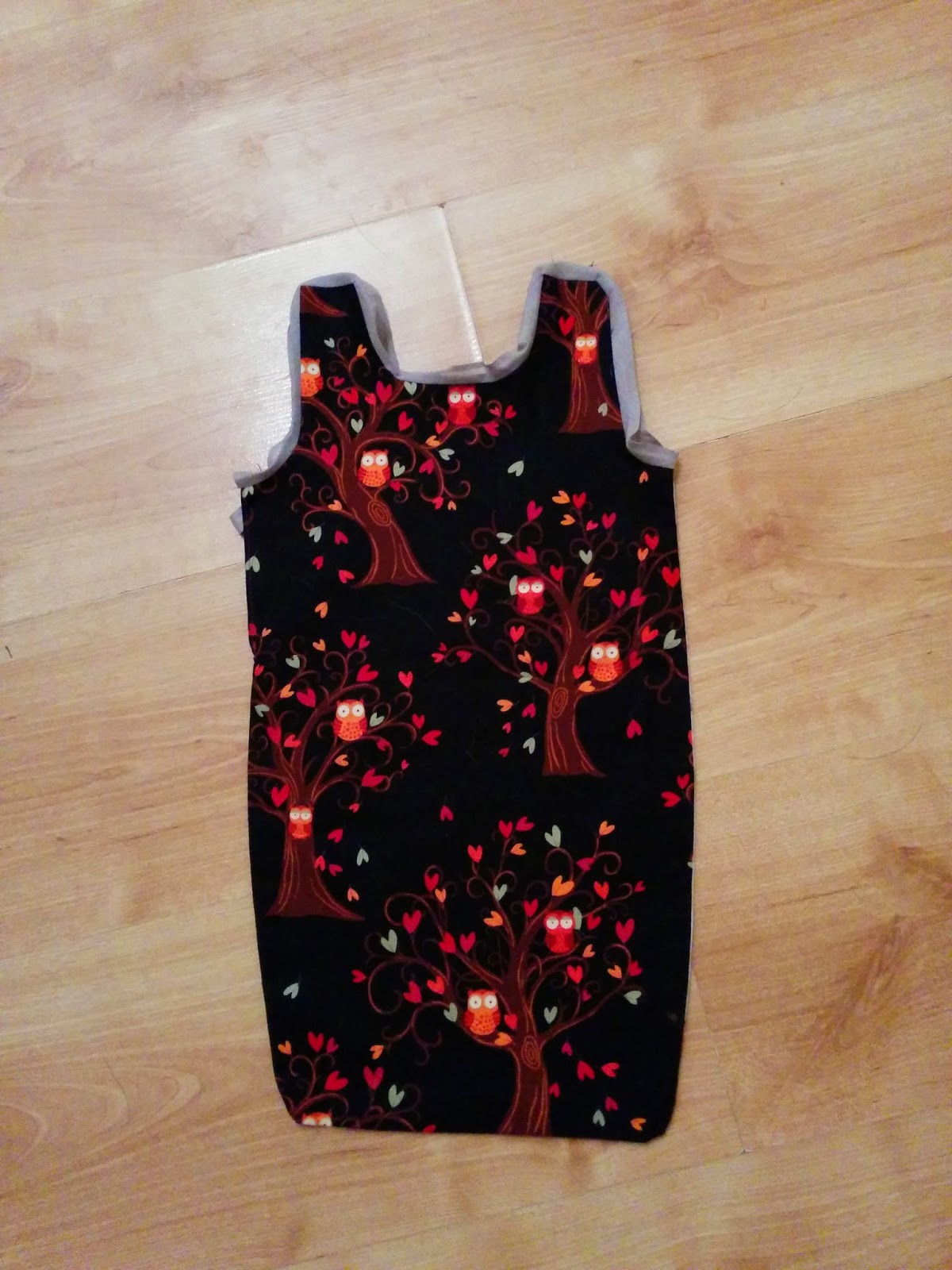