The Gallery - My Weekend

It's that time of the week again when Sticky Fingers hosts The Gallery.  This week's theme is "My Weekend".

I had an interesting weekend.  A big first for me was leaving Elizabeth for someone else to put her to bed.  I've left her with my Mum many times before and she always has a lovely time - but Daddy or Mummy have always put her to bed.  And what should come between a daughter's bedtime and her parents?  Bon Jovi baby!  I'm a big fan and they just so happened to be playing at Hard Rock Calling in Hyde Park.  After some initial confusion as to what time they were on, it turned out they started at 19:20 so after E's swimming class, she was dropped off at the grandparents house.  F and I had a couple of hours on our own before leaving for London - very surreal being in the flat by ourselves - but we had a great night.  Shame we weren't closer to the stage though :( 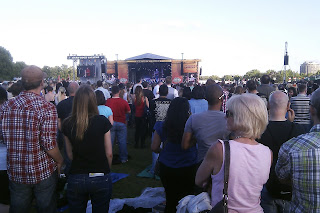 To avoid the crowds after the concert, we took a rather long walk to the bus stop at Victoria coach station.  'Twas a good move as there were about a dozen of us there, in contrast to the 100 or so people we saw at Victoria.  On our way we walked down Elizabeth Street.  Made me smile. 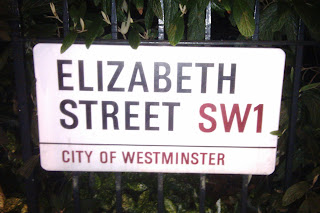 Elizabeth actually gave us a little lay-in on Sunday - thank you my sweet - and then we had a good day playing "where's the baby?" 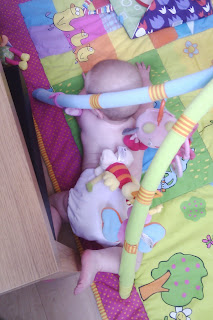 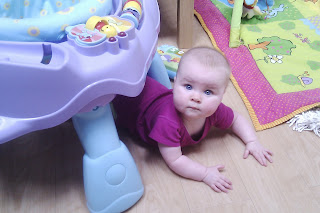 That was followed by a fun bathtime with lots of splashing and duck chasing. 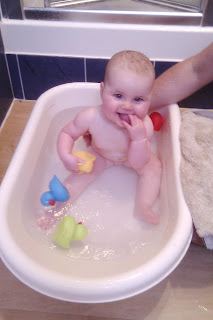 So not a particularly interesting weekend, just one that reminded me that although I love being a mummy, there are others things I love too (I *heart* you Bon Jovi!) and I can have a good, balanced life.  It's wonderful that I have such an amazing husband to share it all with as well.  I might *heart* him a little bit too.

If you're interested in the other entries for The Gallery, go have a look.
Posted by Rachelle at 16:25