A while ago, we spoke with Frans' siblings about doing a weekend break in Sweden. This would be just the siblings and their families, making us 12 people. We immediately loved the idea and Laura (F's sister) set about finding somewhere for us all to stay.  She did a fabulous job and found us this place (unfortunately the website is all in Swedish and doesn't really show you the property very well but I have a few photos coming up).  We also decided that as this would be our last trip out Denmark way before the baby, it would be a good opportunity for us to visit F's mum as well so we arranged to stay with Inger and Bruno down at the summer house in Nysted. This meant 2 nights in Sweden and 2 nights in Denmark before going home.

The closer it got to our Sweden trip, the more we were looking forward to going away.  We ended up booking flights with good ol' EasyJet, taking us into Copenhagen airport.  It was too awkward and inconvenient to fly into Malmö in Sweden, although I was a little disappointed that this meant E wouldn't get a Swedish stamp in her passport. I've always loved the passport stamps and wish all countries still did it every time you flew.  I'm just a sentimental sucker I guess and E is building up quite a collection now!

Again we hired a car through an independent online company, all the time praying it wasn't with Budget again - our experience in Northern Ireland was that rubbish. So when the confirmation came through, guess who we had booked with - Budget! It actually turned out to be a good thing as we got a car upgrade, additional driver and child car seat for less than the cost of the upgrade.  Well done Budget for redeeming yourself! The desk guy was pleasant and efficient, the directions to the car were clear and straightforward and the whole transaction was done in a few minutes.  Both Frans and myself were far more excited than we should've been about getting to our car - we'd been upgraded to a VW Touran and we've been talking about what we were going to replace our Passat estate with when it finally bites the bullet.  The Touran, aka 'dad-mobile', is on our list so we had been given the perfect opportunity to try one out.

So off we go to Sweden, over the ridiculously expensive bridge and heading towards Lund where we had arranged to meet Laura and co for lunch.  The weather was looking good and we were ready for a stay in the Swedish countryside.  It was lovely to have a little stop in Lund although we had some fun trying to park.  I think we went into a taxi-only zone twice before we realised that we weren't supposed to be there.  Oops!  Lunch was lovely and we then had a quick stop at a supermarket to purchase supplies.  This should've been easy but both Frans and I were tired and we had a little girl who was misbehaving due to being tired herself.  I don't wish to experience that sort of shopping trip ever again but I'm sure it'll happen frequently.  Suffice to say that it was lucky we all made it out without killing each other.

When we eventually got to the lovely cottage in the woods, it was clear that Elizabeth was going to have a fantastic weekend.  Thankfully the weather held out and E spent as much time as possible outside with her cousins, aunts and uncles.  She was in her element!  It was wonderful to see her playing and being at ease with everyone as she hasn't seen these people since last December when we visited Denmark to celebrate E's first birthday.  Watching her, you wouldn't think that she didn't really know these people.  I loved that we all ate together outside and spent the evenings round the campfire.  I did NOT love the midges though.  Unfortunately that first night was rather disturbed for us as E kept waking.  The next morning I discovered that her last incisor tooth had broken through - at least that's it now until the big molars next year.

On the Saturday, our second day, we decided to take a group trip to the beach.  I hate sand and Elizabeth wasn't too sure about it either at first.  Everyone had a great time playing games despite the cool temperature and slight wind but it was soon time to head back for lunch.  That's where the real fun began!  We were following Kris & Dwight's sat nav on their phone but we had to turn around a few times and go a different way.  I decided to fire up our far superior sat nav just in case - good ol' Google Maps!  At almost every turn I would say to Frans 'ours says to go a different way.  We should follows ours and race them back to the cottage!' but to no avail.  Then, when Dwight turned down a very narrow track that looked a bit dubious, I tried again.  'Go on babe, go straight ahead.  We'll see who gets back first!' and this time Frans got a big grin on his face and went for it!  What really made me chuckle is that Laura, in the third car, followed us instead of Dwight!  We raced back - and by 'race' I mean drove at a sensible speed with no harsh breaking or accelerating at all - and pulled up at the cottage first.  We had won our race that no one knew we were in!  We waited for our lead car to arrive but it didn't come.  Uh oh.  What had we done?  We had left them stranded somewhere.  Were they OK?  Eventually they showed up, laughing and with stories about the 'roads' they'd been taken down and the circles they were driving in.

Oh, it was such a great weekend and I didn't want to leave.  Sunday came around all too quickly.  Although we did take a quick trip to Degeberga for a little walk by a waterfall, our trip to Sweden was over and we had to go back to Denmark, back over the ridiculously expensive bridge and head down to Nysted and the summerhouse. 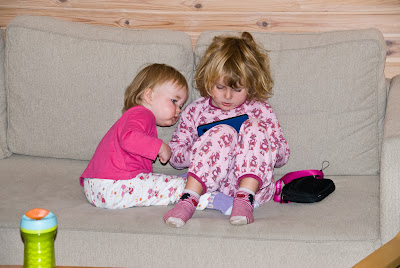 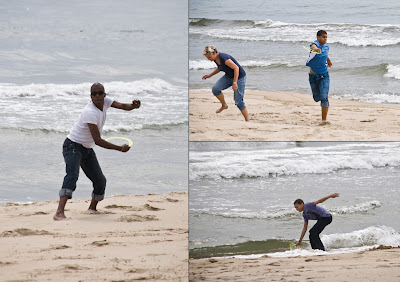 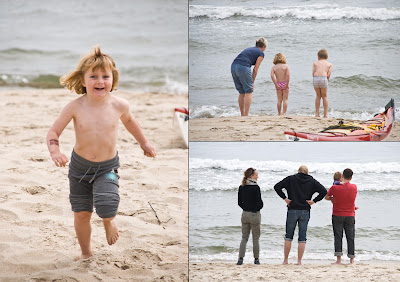 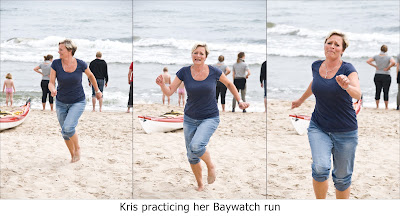 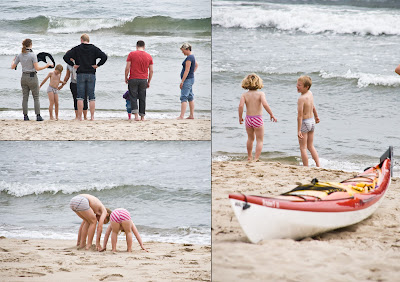 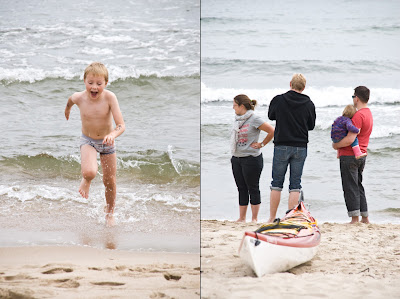 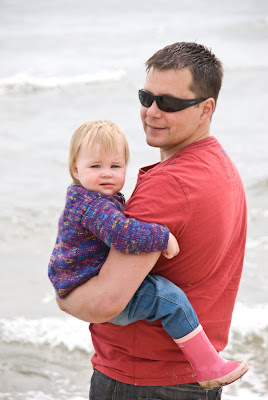 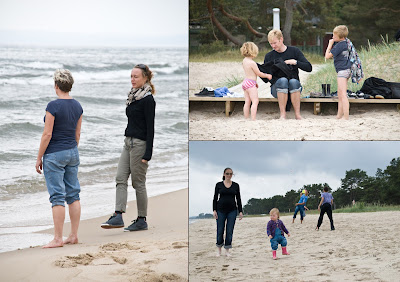 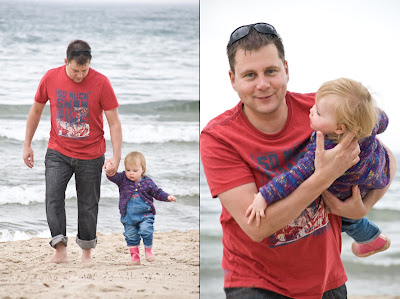 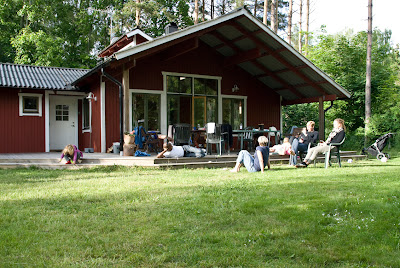 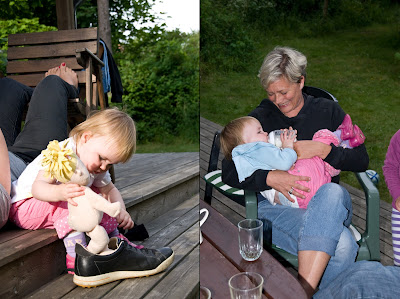 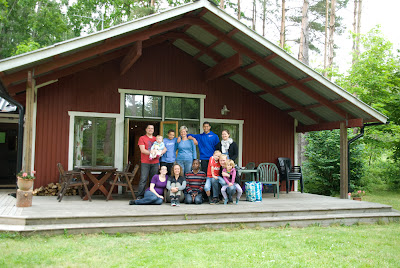