Real Nappy Week (RNW) 2013 has finished now (it ran from April 15th to 21st) but the very addictive game of Clothopoly still has one day left.  Everyone taking part has until midnight on Wednesday 23rd to enter.  We've all spent a ridiculous amount of time trawling through websites and begging for clues to find each website's letter, in the hopes that we'll be able to answer the final part of the game.  So each URL (of the page where you found the special letter) that is found and entered onto the board gives you one entry into the draw to win some real nappy goodies.  All of the letters that have been collected can be arranged into a phrase and if this is guessed correctly then you're entered into the grand prize draw!

The phrase is pretty hard to work out, I think, even considering the large number of clues that have been given out.  I'm pretty sure I've got the first 10 words correct but I'm struggling with the last 5.  I've found a couple of clues from other people via Facebook but hopefully I'll be able to figure out the last piece of the puzzle tomorrow and enter the draw.

Even though this has been a time consuming project - and I did think about giving up shortly after I started as I've got plenty on my plate already - this game has shown me some amazing companies that are out there.  There are some that I already knew about and love (Cheeky Wipes and My Little Patch spring to mind) but some companies like Dimplebum are just extraordinary!  Some of the nappies she's made are wonderful and her one-off painted nappies are simply incredible.  I wish we didn't already have our BumGenius nappies so I could go and buy so many more wonderful nappies for Toby.  Even in the (almost) three short years since we bought ours, cloth/resuable nappies have changed so much.  I wish I could convert everyone to the way of the cloth nappy as they really are so easy to use.  And so much better for the environment, not to mention your own pockets. This image sums it up wonderfully. 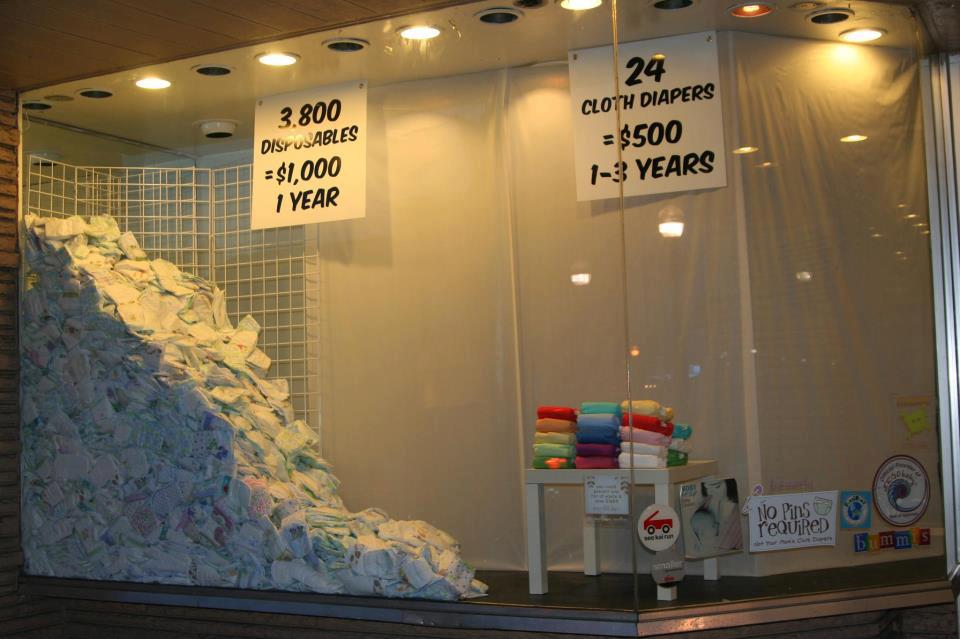