A few weeks ago, Charlotte very kindly offered to throw me a baby shower. After a short discussion we agreed that cake and a catch up would be fabulous but the event would NOT be called a baby shower - I didn't want people spending their hard earned money on presents.

So two days ago, my not-a-baby-shower happened. All my high school girlfriends gathered round at Charlotte's place and it was so wonderful to spend the day with them. Charlotte made some gorgeous cupcakes: 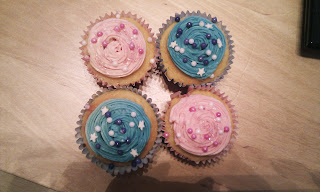 There were also brownies and fruit & nut cake. All delicious!

Then it turned out that some people had bought some presents. Thank you girls, they are all wonderful :) Gemma gave us a Grobag - a baby sleeping bag basically - and a hooded towel, both of which feature a Disney character called Roo (from Winnie the Pooh). There was also a wooden toy to clip to the pram, some rubber ducks for bathtime and a cuddly sheep which doubles as a pillow. 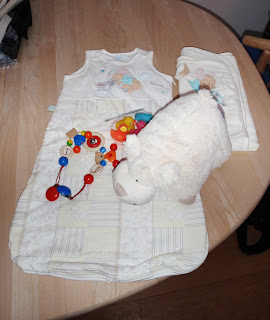 Lucy gave us a very cool sheep-themed baby book. It makes noises and is nice and colourful. The little green thing on the left of the picture below is a baby gro (some people call them onesies). It's wrapped up as a little cupcake. It's a bit big for a newborn so we'll open it up once the baby is a few months old. 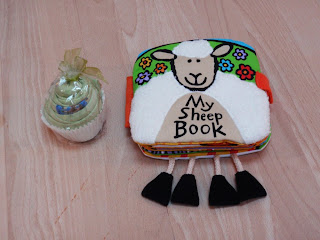 Next up are the gifts from Fiona and Fahri. I've been given some scented candles for any 'me' time that I get once the baby comes. There is also a lovely keepsakes box with space for a photo on the lid. I think this will probably be the baby's little treasures box. 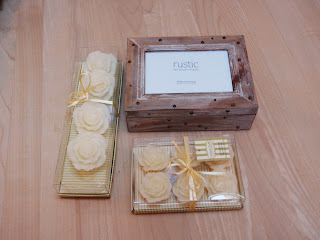 After all the presents were opened, we ate LOTS of cake and just generally had a catch up. We talked for quite a while! Then Charlotte got out some pumpkins for us all to carve. The artists of the group carved some truly amazing designs - mine is the rather basic one on the left. It's my first pumpkin and I love it :) 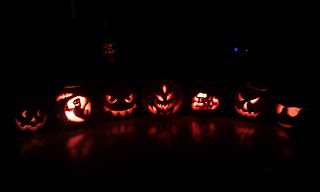 Thank you girls for making Saturday such an amazing day. xx
Posted by Rachelle at 11:41